Login to post. Membership required.
Jump To
Newest Post
I propose we introduce the honey bee to Withmore. Naturally, these would be native to the badlands surrounding Withmore and accordingly aggressive. They would work as follows:

If corpses were left exposed in certain badlands biomes - they would result in the creation of the BloatBee Hives item @integrated into the room.

If a player enters the room - it would activate a $cript of increasingly menacing bloatbee encounters leading up to and including stings. This would increase exponentially over time. While the stings themselves would not do a lot of damage, they would impact fatigue, and result in a seperate poison script/disease experience.

Bloatbee Hives would be extremely vulnerable to fire (explosives or just a plain old lighter).

Bloatbee Honey if harvested would be a valuable drug commodity for chemists to increase potency of a current drug batch. If consumed raw it would be extremely dangerous resulting in the consumer being rendered unconscious and instantly victim to a $dream script stolen from one of the bloatbee's prior victims....or just some pretty vivid hallucinations. <.<

For those unfortunate to fall into the vicious cycle of bee stings, no fatigue, and inevitable death - they would retain consciousness for 30 minutes while the bee's did there thing via a bee-rutal $cript providing an opportunity to sic for help...and also a cool way to leave an enemy to perish. 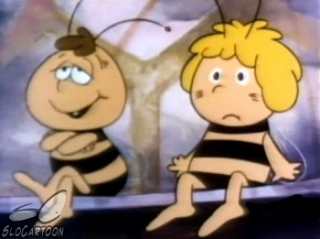 At first, I thought this was a joke post.

...Well both Nepal and Turkey have their own hallucinogenic honey, from the bees gathering psychotropic pollen and nectar, so it makes me wonder what a world hyper-polluted by chem runoff would create and...

This had to be done.

I spent like an hour giggling to myself in glee as this concept came together over xooc. It's diabolical, I love it and terrifying giant mutant wasps are absolutely the sort of terrible thing that belongs in the Badlands.
By Kiwi at Jul 31, 2020 6:34 AM

Only if I can capture the bees in a jar and throw them into bars.

Seriously though, I love the idea. And I like the concept of gene spliced bees escaping VS and entering the areas in and around Withmore (like the cazadores in the Big Empty).

I think bees are cute and I'd totally bee down for this. Although, according to all known laws of aviation, there is no way a bee should be able to fly. Its wings are too small to get its fat little body off the ground.
By ynk at Aug 1, 2020 10:57 AM

Universal support for this idea.

Bees is one of these mythical and coveted features, such as AV rappelling or Grid 3.0. Honestly I would treat it carefully since if not balanced correctly, the insertion of bees could break the current weapons system rendering their wielders, pretty much invincible foes.

Building off of what I wrote in the script thread-

What if the "honey" could be made into cheap drug all its own? It might be a good "starter candy" for people cutting their teeth on drug production.

Enviro suits and toxin binders to protect yourself.

VS actively protects these from "poachers".

Third parties pose a risk to their monopoly on the product, and it gives VS scientists/security a reason to go to the Badlands to protect/collect company interests.

Other animals sometimes congregate around hives for that tasty honey. It isn't poisonous to them. Badlands poo-bear anyone?

Experiments on mixers for venom uses/development.