Martial Art - One handed weapon
Hear me out. 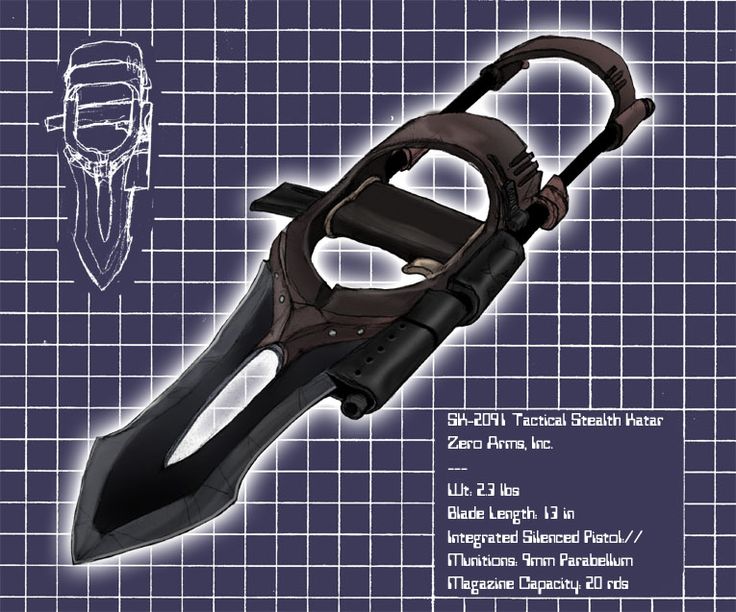 Modernized katar would be amazing as one-handed weapon for martial artists.

BUT KATARS COULD BE CONSIDERED SHORT BLADES!

No, not really. A knife has a small handle that requires to be held, you use your whole hand and forearm to wield a katar, or both.

However, there are other one-handed martial art weapons that can be used, for example..

As you can see, chain whips can be used in both hands,and the wielder is extremely agile at using them.

As you can see, they're blunt, but sometimes the tips can be narrowed into deadly points for the sake of penetration. They're focused on deflecting weapons, or set them aside with multiple strikes. Since they're not sharp, they cannot be considered blades.

Or, at the very least, make brass knuckles work with martial arts as well, maybe? So that new weapons won't need to be added, and the existing weapons can be tweaked slightly to scale off brawling or martial arts

I was going to make a thread about this a while ago suggesting tonfas (basically nightsticks for martial artists) but I never got around to it!
By pfh at Apr 26, 2019 8:25 PM

I agree with the thought of allowing more than Bo's to be martial arts weapons.

I dunno, kinda feel like it would over balance? You are dangerous with or without the weapon. It's less a matter of realism and more a matter of mechanics. Interested to hear more thoughts.
By Slither at Apr 27, 2019 7:45 AM 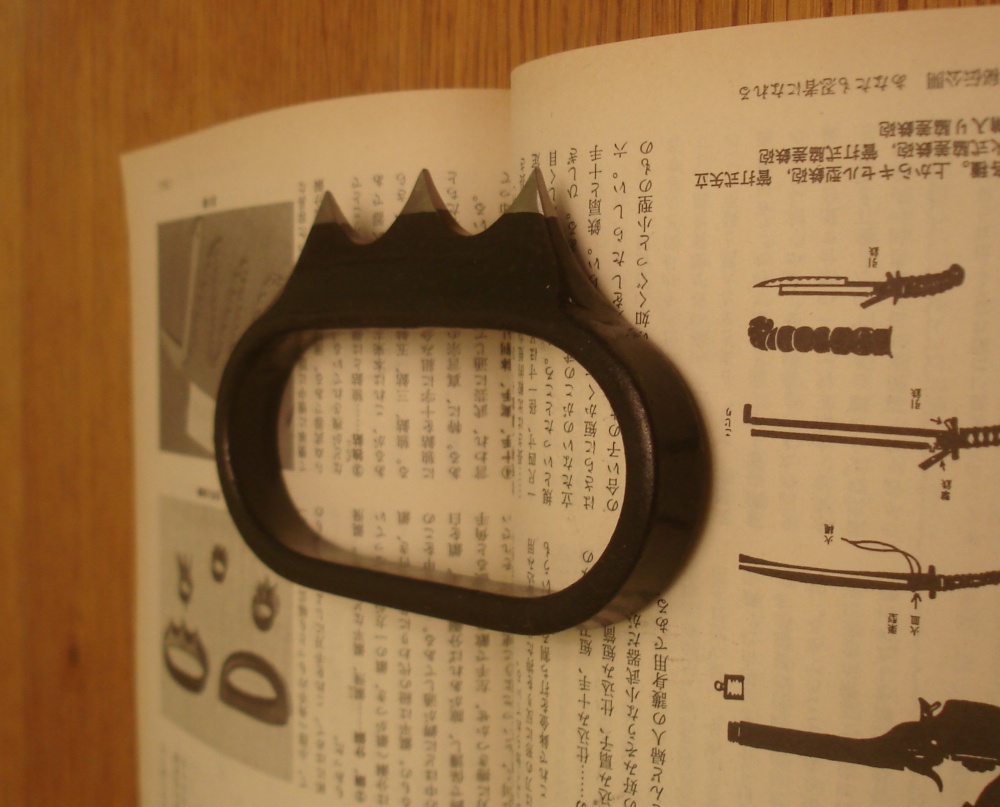 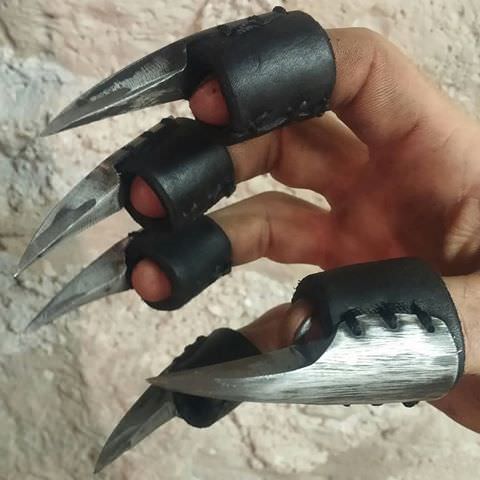 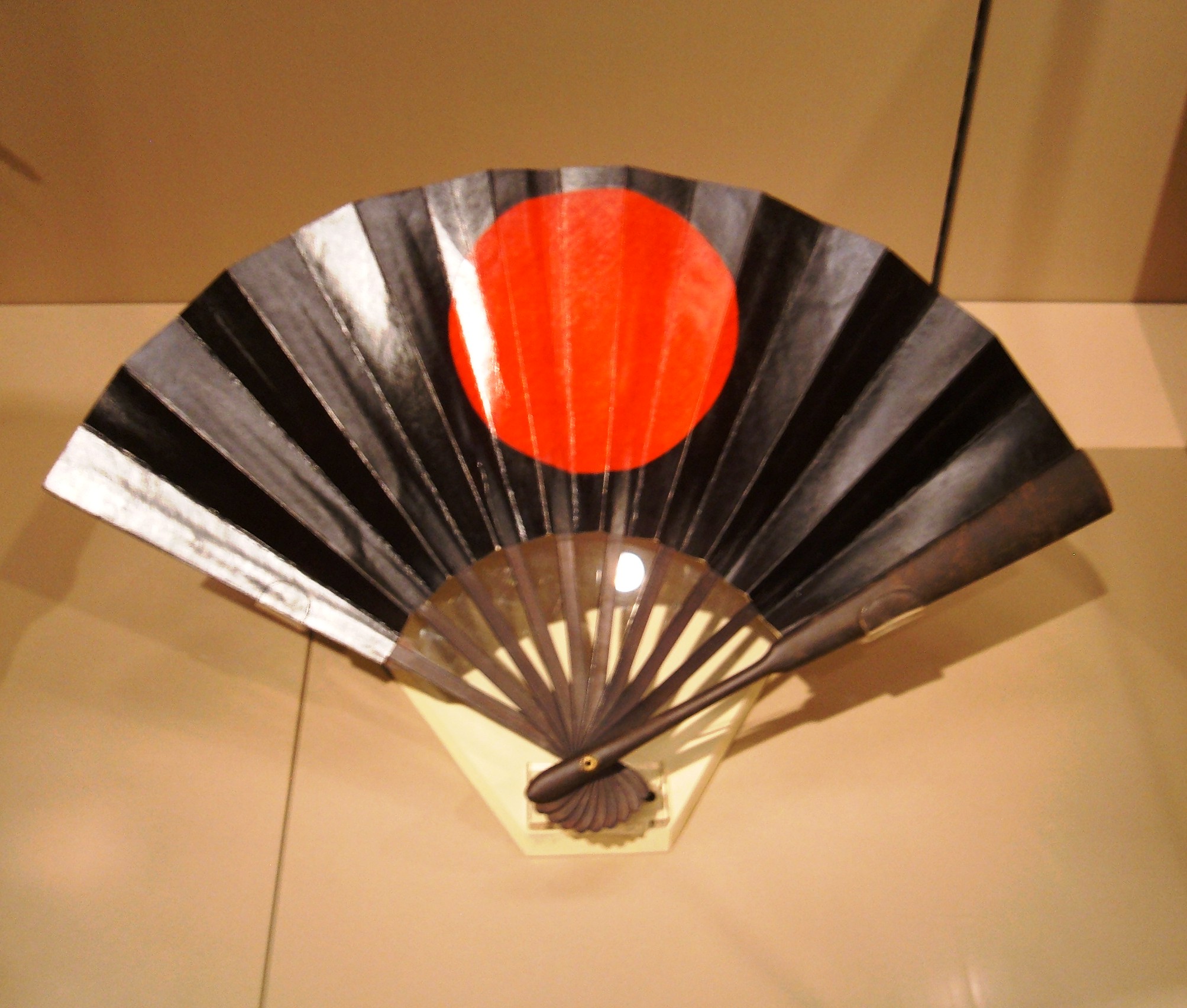 Disguised as ordinary, harmless folding fans, they were actually made from razor-sharp steel, and often used as surprise-weapons.

Martial arts is already one of the most OP skills in the game. I mean you come out with deadly weapons straight out of the vats without having to spend thousands (and in some cases, hundreds of thousands) for the best pistols or rifles?
By villa at Apr 27, 2019 7:48 AM

I would be very surprised to hear a bare-handed martial artist can dish out damage equivalent to the MK13 or AK.
By Archer at Apr 27, 2019 7:51 AM

Yeah, but there's a problem. With the one-handed buff, people who focus on two-handed weapons, such as people, who invested into using a bo staff, are screwed because if you master brass knuckles, then dual-wield them, you have more chances of deflecting weapons and dishing out more damage compared to a bo staff, so perhaps MA needs a one-handed weapon that's equal to brass knuckles?
By Beepboop at Apr 27, 2019 7:51 AM

I can't say I'll agree. MA has it's advantages and disadvantages. So does Brawling. OR pistols. Or Long Blades. I do think that a few stand above the rest but a lot of it is situational.

Is MA awesome because you always have your weapons? Yes. Will a guy with a magnum facing an unarmed MA when they both have equal skill win? Probably, unless the MA dude gets a lucky disarm in and the other dude is unprepared to cope.

In really, seriously and totally depends on the situation in most cases. I am 100% convinced of this.

Maybe it's more about making brass knuckles two handed weapons? I honestly thought they already were. Probably just them being 'knuckles' instead of 'knuckle' and my brain making that jump. In the past it wouldn't have mattered with the buff for dual wielding not being there.

Also, keep in mind the dual wielding buff is not a buff-- a modifier. You can be worse because of it, or the same, or better.

I don't see a downside to having more weapons added to any of the skills in the game. Most weapons are balanced by their stats as much as their uses.

Although an unarmed martial artist is going to win most fist fights, yes, he'll lose in a gunfight. Just because he might be able to beat a ganger without a gun, doesn't mean he shouldn't be able to have something to put him on level ground as someone using an AK.

This applies to other situations as well. What if I have a skill that's primarily defensive? Say Bo Staffs give more defence to defence than attack? (Not saying they do) but what if I want to attack? Well, I can grab some hand blades, and do better offence, but at the cost of reduced defence.

You can have options, and still, have things be balanced.

I actually like that idea a lot Fengshui. Have brass knuckles be a pair that is treated like a two handed weapon. No need for another unarmed combat weapon and it keeps things more on equal footing.

And I totally get that dual wielding can be a penalty/same/bonus depending on skill but I am willing to bet that most players will just have their characters use on weapon until they feel they are doing really good. So I doubt we will see a lot of people getting that penalty,

It's my opinion that the Bo Staff basically exists to mitigate the fact unarmed combatants still take damage when blocking. Martial arts is already a powerful enough skill given that the base weapon is free, cannot be disarmed and the skill factors into grappling.

Unarmed combat is ridiculously powerful and complimentary to weapon combat. If made on par with weapon combat - there would be very little point in dedicating time to any weapon other than brawling/martial arts. Without going into detail, I feel brawling's weapons such as brass knuckles and synth-knucks compensate for its stat requirements against martial arts stat requirements which are much more widely usable.

Basically, if you're a MuscleBoy - you're boxed in build-wise but powerful. If you're a martial arts users - you have a plethora of options available to your build which are equally powerful.

A single brass knuckles is still “knuckles”. I don’t understand why anyone would think they were two handed unless you have never had a pair to physically look at.

Maybe expand brawling weapons too? Brass knuckles aren’t the only thing someone can use to up their hand to hand game. Gloves packed with lead, everyday custom rings, just off the top of my head, can considerably give to an edge in a fist fight.

More variety in weapons I believe always opens up to expanded possibilities in the outcome. Sometimes it is just a game of ultra violent rock-paper-scissor which if you figure it out is pretty predictable.

I am also not a martial artist but I suspect if we had limb disablement that each style of MA could prove to be even more powerful in their own ways.

I fundamentally agree with ReeferMadness that there should be some differentiation between brawling and MA; MA fits in well with certain other skills, making it much more versatile, so brawling should pack that extra punch.

Let's not forget that two pairs of brass knuckles is a 46 kay (retail investment), comparable to buying a katana or maybe even a sledge or something, high-tier stuff.

I also love Grizzly's idea of different MA styles applying different debuffs, although as people have pointed out, MA is pretty strong already.

And perhaps this should be a new thread as to not hijack this one but I believe the different MA styles are just for flavor. Things could have changed there though. Each one having pro’s and cons on their own way could be a whole new thing that wouldn’t call for a need to have new weapons right away.

For example Taijitsu getting a bonus to defense and negative in offense? Stuff like that. You’re still probably not going to dominate someone firing an AK at you but dems the breaks