Display Name is Not Identity
PCs and NPCs share names

Login to post. Membership required.
Jump To
Newest Post
There is more than one Mac in the game, and more than one John. There are also IC ways to change your display name. Seeing someones display name does not mean you have identified them. You need to actually look at them or hear them talk, or have some IC indicator.

Sure, if you're walking down the street with a buddy you don't need to look at them each time you change a room to know it is still them, but there ARE players and characters with the same name!

Do not assume that just because Bob walks into the room it is the Bob that you know.

The appearance changes, and disguise changes, have made it so that if you THINK you know who someone is when they are disguised you are ICly totally OK to have your character think that. That doesn't mean that the display name, which is just a way, command wise, and moo wise, for the game to know who you are referring to when you use a command-- is how your character recognizes people.

Your character recognizes people based on how they look, talk, and walk. Your character is the person identifying someone. Use 'look' or 'glance' or wait for someone to talk. If someone rides by on a bike and you don't have a chance to look at them before they flew by then that is IC! They went by too fast for you to catch a look at them.

Please do not meta this :)

This makes a lot of sense, but one thing this makes me wonder is that if your character sees a character on TV, you can't 'look' at them through the TV, so would you not be able to identify people that you've seen on TV unless the program included a closeup that you saw?
By batko at Sep 16, 2020 1:16 PM

Another issue is that 'broken' ponchos still completely obscure all of a character's appearance, so even if someone's disguise breaks you still technically haven't identified them.
By 0x1mm at Sep 16, 2020 1:28 PM

Broken ponchos don't stop people from having a description, or mannerisms, or a shortdesc, or a voice.
By Slither at Sep 16, 2020 1:34 PM

The same response goes for TV. You can hear people and see how they move and talk. That should help you understand if it is John the NPC of John the PC.

Use best judgement here people. We're a text based game, and I know the urge is to assume that the name you see is the person you think it is-- but take a sec, remember that others could have the name, try to glance, wait for IC cues, etc.

This would be a significant change to how surveillance has worked previously. I would feel confident saying that identifying someone by their display name on camera has been ubiquitous.

For example, it's trivial to completely change every part of a character's shortdesc by changing a single piece of clothing, without involving disguise skill at all. Enter Superman:

A dashing wiry mano wearing a pair of glasses (Clark) walks in from the west.

The only thing that changes is one piece of clothing and shifting a @shortdesc, none of which require any skill in disguise but which would make Clark totally unidentifiable as the same person as far as whoever is watching is concerned.

This becomes even more compounded by advanced disguised characters who have no short description at all.

I understand the NPC/PC confusion that may have triggered this, but I do feel like it's a significant change from the post-appear meta directives.

Mightn't it be simpler if display names were unique?

I would actually prefer it the way it is -if- the character name never displayed on the camera -and- you could look at people/cars in cameras to get identification. This actually addresses the 'idle at your security monitor/window' meta that can be prevalent amongst some players, as you can't look at your scrollback to get -any- info.
By RedSteelButterfly at Sep 16, 2020 6:17 PM

I agree with the points made about cameras and names.

If the Name is not enough to identify someone then surveillance networks are effectively useless.

The "fix" for this would be to allow people to "look" at people on televisions.

Is it possible to do that with the code?

Some other situations where characters are identified only by their display names are:

Each would be circumstances where the game does seem to imply that you are able to know who you are looking at (especially since you can shoot people in adjacent rooms using their display name as a basis of who they are), but they don't provide any means to look at characters directly and see their descriptions.

I feel like for this to carry any meaning, we should let PCs disguise as other PC names. (Maybe at a high enough level?)

That way we can have people making true guise tests, such as "Name something both you and I know," or "Talk on the work key," or "Open this security door."

If only NPCs are allowed to use PC names, that exposes them as NPCs.

I feel like for this to carry any meaning, we should let PCs disguise as other PC names. (Maybe at a high enough level?)

That way we can have people making true guise tests, such as "Name something both you and I know," or "Talk on the work key," or "Open this security door."

If only NPCs are allowed to use PC names, that exposes them as NPCs.

I think there is enough leeway in what I've stated to allow camera networks to remain useful. You get a general idea of what is going on, and short descriptions can be good indicators that you are looking at the right person. Especially considering they often include a weapon or piece of gear the person is wearing, as well as potentially how good looking they are.

In most cases, these camera networks are on streets, and those streets are in the Mix. Are you making the case that of the hundreds of people passing in front of those cameras in mixer fashion every few minutes, you should be able to reasonably pick out a specific person?

Or that your character is so intently watching your camera which is so amazingly HD that you are able to make out the face of the person who just whipped by on a motorcycle at high speed?

I think not. Use your cameras to get a general gist of what is going on, and use context clues to better identify folx. Just seeing a name does not mean you know the person. I understand this makes it more difficult, but I think everyone would be better off if we all added a bit of buffer into our roleplay around this kind of thing. Instead of being 100% sure you saw Joe walk by your camera which is placed on Fuller St, the busiest and most packed street in the world, maybe you are only 50% sure. Wouldn't that lead to more interesting RP? And isn't RP what we are here for?

It's not a perfect solution, but neither is literally having no display names. Because it makes targeting people for positive or negative actions or just talking very difficult. Names are MOSTLY unique, but they are not not completely unique. Especially, especially, especially on TV.

There might be only ONE player at a time name (excluding NPCs) named 'Bob'. But in the course of the 20+ years of Sindome, and the 15+ years of recorded content we have-- there have been dozens of Bobs.

Some of the shows you're watching on TV are OLD. And I bet the majority of you are already using context clues to know that the Bob you see on that old episode of the Juicy Vee show standing in a group of characters you've never heard of, isn't the same Bob that you just saw at the Drome.

I understand your viewpoint on this, but it's a problem of enforcement then. You say 'don't treat the name you see on a camera as canon', but that's exactly what is going to happen as long as the name is displayed. The GMs have no way of enforcing this rule, and players are going to have to treat someone calling them out as if it were truly happening, because they have no visibility on the observer.

By continuing to display the character name on cameras and the like, all you're doing is giving metagamers an advantage over people who play by this guidance, and potentially putting people committing crime or other actions at a detriment.

It's a text based game, and we need identifiers. No one wants to watch a TV show staring 'a short dude' and 'an average bloke'.

We all need to take a step back, recognize that this is a game, and that we are all taking part in what amounts to a shared hallucination, and not scratch the walls too much.

As I've said, is this perfect? No. But there aren't many perfect solutions, and for this, we are going to go with what has been described above. Act in accordance with what is best for the game, don't worry about what other people are doing. Worry about your own play.

This isn't a huge deal, it's just a perception shift. Remember that there are NPCs with the same name as PCs, and that display names are not unique. That's all ya gotta do :)

Are we expecting any enhancements to security gear and spy gear in the future?

Appear + Disguises have seriously reduced the power of surveillance gear as a whole.

Assuming that any criminal worth his salt is going to use appear and a disguise to do dirty deed X, there's been a significant focus on catching people 'in the act' as opposed to collecting data and selling/acting on it later.

Possible simple solutions to this:

Make image enhancement & thermals (either/or) give the definitive 'true' build adjective for whoever is disguised / affecting an appearance change.

Same with thermal cameras, since they don't innately provide details of the person, the least they could do is to 'see through' disguise & appear.

Reasoning here being that thermal imaging is going to very clearly show someone with odd or strange posture, plus throwing a bone to image enhancement - a piece of chrome I think is sorely under-valued.

Johnny crits you right in the feels. It's super effective! 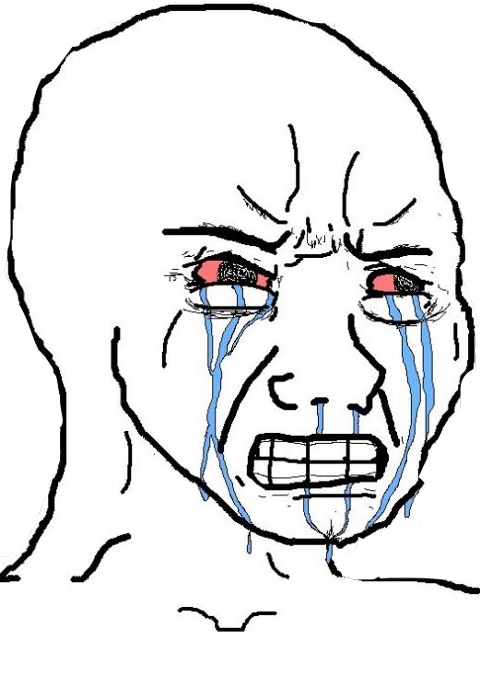