Login to post. Membership required.
Jump To
Newest Post
So theft is a huge problem, well problem for those not stealing. Anyways, I got to thinking, why isn't there bags in game? I asked and was told by staff that bags aren't a coded thing. I think they would fit in the world and make it harder for dips to grab your shit.

You unzip the backpack and pull open the flap.

You shove your progia-7 into the depths of the backpack.

You close up the backpack with a Zzzip.

You sling your brown backpack across your back and adjust the straps for comfort.

Maybe not make it impossible to be stolen from, but super difficult, so you couldn't have folks dipping your shit consistently or daily.

The problem with thievery in this game I feel is that the map is too small, so they can literally just stand in certain locations and wait for folks to walk past. So outside of the UE that's pumped into stealing or whatever the skill is, it takes no actual talent, just hide in a room, or stand in the open and steal dude steal hombre, steal bitch etc.

If I was able to have two characters I'd almost be tempted to create a pure stealing character to see how hard/easy it is.

Dips are probably one of the most frustrating things to have to deal with in this game, but since you're new, you seem to assume it's easy when it's a very high-risk high-reward type of play.

I agree there should be more ways to defend yourself from dips than there are right now, however, since it's disheartening to be back-to-back dipped every night for weeks, losing an object that costs a thousand chyen or more every time. For most characters, the only respite is simply not carrying anything that can be dipped.

This idea was first suggested in 2001, short version: There are containers IG that allow for certain items to be carried safely but most items don't fit this criteria.

I assume this is done purposely as part of the inventory system, because making more containers might upset the game's system or its balance.

Also if the container was visibly worn, it would make you a target for muggings even if it makes you safe from dips.

I don't think that dips are out of control, in fact staff monitors these types of characters to prevent any abusive use from the skill (its in the rules).

"So outside of the UE that's pumped into stealing or whatever the skill is, it takes no actual talent, just hide in a room, or stand in the open and steal dude steal hombre, steal bitch etc."

The streets are OOCly and ICly lined with the dead bodies of dips who've met their brutal end. Especially in Red. Taken alone it seems powerful, but when the alternative is taking everything someone owns with a 'kill x' command, it's not game-ending strength. Also, the UE investment is far from trivial, and is a character build.

I'd highly encourage anyone to give it a shot to see what the realities of the situation are. Having played dips in the past, I can say that it's not as easy as you're describing. No matter where you are, you're facing blowback for doing it, constantly. Additionally, small-worlding against dips is very common.

There are some direct and indirect options to counter dipping, and dips also have a slew of weaknesses of their own. They are far from invincible, and once exposed they often have the half-life of an ant's fart in a hurricane.

So outside of the UE that's pumped into stealing or whatever the skill is, it takes no actual talent, just hide in a room, or stand in the open and steal dude steal hombre, steal bitch etc

It's like saying combat takes no skill. Just hide in a room and spam "kill" as soon as they walk in, right?

I have no idea on the combat skills.

I was told very bluntly that combat isn't a role you do as a newb, because you have to have saved UE or something to pump into stats and skills or you can't kill anything.

Volo, I know that SD can be confusing and challenging, but it is the adventure of learning in-character where the game truly shines.

What you've been told about combat depends on what you're fighting and who you're fighting with. There are characters coming out of the gate who can be successful in combat (as long as they're not trying to kill someone way out of their league). Would a day 1 assasin with a rusted spoon in NYC be able to kill the three year veteran with that shiny rifle and a network of hard-ass chums?

Unlike other games, "winning" isn't defined very clearly in Sindome. As an RP game, the goal is to create cool scenes and stir shit up. Waiting until you have a 100% chance of winning will take forever and won't be very fun even when you can pull it off. Here's a quote I put in another thread long ago regarding the "play to lose" mentality that is very helpful to have in Sindome.

"Honestly it's pretty critical in how you RP/Enjoy negative stuff happening to you. SD is unique in this I feel, and learning to embrace it is super hard. It honestly took me a couple of characters to get a feel for it and its something I still struggle with.

There's an undeniable instinct to have a max ue "winning" character, and that can be at odds with the experience of a cyberpunk world if you don't focus on the schism there."

Channel the frustration you have ICly/OOCly into your character. The CyberPunk world you are in ICly is owned by corporations that are striving every second to milk you of every penny you have, and very likely would be happy if your character were to bite the dust, so that the corporations could sell the organs they illegally harvest from your body (non IC example, hyperbole intended). CyberPunk is a grim, grim environment.

I think people have been hinting at this for you, but learning to "embrace the suck" is critical to enjoying this game. Playing to lose means getting enjoyment out of RP'ing a character who has reached the end of their rope and has decided to rip a 2x4 off his wall to go fight those that are hurting him, even when he knows he will lose. Additionally, others IC will notice your willingness to go to these lengths.

Whether they align with you to achieve greater goals, or mock you for trying, you're still making your mark on the world.

Theft is way, way harder than it may seem.

Being a dip is probably the least forgiving of any role in the game.

No. This has been discussed numerous times. We have no interest in making in impossible for a theif to steal things from another character and a wearable bag that could ICly fit anything, is just that.

So from a new perspective myself:

A) I was surprised by the lack of bags, purses, etc. when I started the game. As things have continued on I can see why it's a thing. I'm just spoiled from past games I've played. I would like them for thematic reasons, but also understand they're hard to balance out.

B) Immies are easy targets. You'll rarely be able to tell when a thief is stealing from you thanks to your relative inexperience and abilities compared to them.

I think craftable containers that have the same functionality as wallets or non-locking briefcases would be cool. Then people could have their purses or whatever but there wouldn't be a balance impact.
By Pavane at Oct 13, 2020 12:28 PM 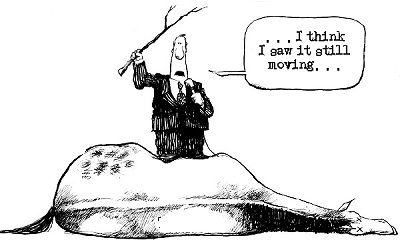