Login to post. Membership required.
Jump To
Newest Post
I needa give it to my homie yo, so they can put it in they hair.

progressive flower object that we can pull off of the potted flowers, at any stage of growth. For instance if you do it while the plant is young or too much you could kill the plant... Could be to act as insult to injury when you rob someone.

Let me vandalize them, or just let me pluck the flowers and give them away like a creepy hippy lovechild.

This would be nice to be able to do. Gift items to sway the friends. Flowers are the ultimate. Nothing says I love you like handing someone something beautiful you just murdered. Small gift items are great.

I'm gonna need better cardstock for my business cards on that note too.

Plants need some code love. As it stands now, they don’t even integrate with weather code for automatic watering and drought.

I think this a good idea but I think if we’re going to get into gardening - it should incorporate weather, climate control and the current hydroponic drug kits. Flowering could be an eventuality of a lot of different factors.

I want space and badlands biomes that can be hacked or stolen from influencing the cost of things. Specialty vegetables for cooking. Hard to grow plants for rare drugs, medicine and poisons.

Gardening can be CP.

I'm glad I'm not the only one who thought of this! As it is currently, plants are pretty room filler but more than anything have no use, with picking flowers with a syntax like.. 'pick 1st flower from [plant]' ..It gives the tiniest use other than 'water', but still a good one!

It might be good to have a 'rotting' feature on flowers too, to avoid sever bloat as well;

..After the 4 days, the flower is dead and gone from the inventory/container it is in.

Having a pot with special preservative water sold in topside stores that can hold 2-4 flowers with a temporally or permanent stop on rotting would be amazing too, perfect office decoration.

We should make plants become available as ingredients for concoctions and other potions that may be used in combat, offering an organic alternative to the current drugs in place.

For example, if you collect three lion tooth, you can use your chemistry skill and create essential oils, potions, or some kind of CP consumable item that will give you a boost to your stats.

yeah we need to get those healing crystals too

i thought one of the main things about cp is that nothing's really "organic" anymore, everything's mass-produced

Also it'd be cool if you could unlock special dyes for your tailored clothes with certain flowers. For example you can unlock the azure blue color with tulips, canary yellow with sunflowers, etc. (I took this idea from Minecraft but I think it'd fit nicely in a game like Sindome because it would give players more things to do).
By villa at Aug 15, 2019 12:43 PM

What about potions? You get an elixir water bottle, gulp it down. With empty bottle and magma cream you brew and get fire resistance potion that allows you to be invulnerable to molotovs for the next hour.
By Rangerkrauser at Aug 15, 2019 12:46 PM

I don't think that anyone who wants there to be flower picking in this game is all that worried about molotovs.
By Vera at Aug 15, 2019 12:46 PM

@Rangerkrauser - You need a netherwart before you can make that fire resistance potion, amateur casual.
By deaddragon at Aug 15, 2019 12:50 PM

I don't think you realize the potential this idea has in the game. We're talking about a whole new economic sector that will create jobs, RP, and more conflict. The same thing currently exists with firearms, drugs, paydata, and all the resources that various factions in Sindome compete for, in one way or another. The importance of picking flowers is based in the fact that with the variety of flowers at your disposal you can play more games of subterfuge with your foes, e.g. pretend you have crysantheums but you actually have lilies. Since we should tie flowers with chemistry this means the side with the best assortment of flowers will always have the upper edge as they have access to the better potions meaning better combat abilities.

Why stop there though? Artists should be able to "crush" the flowers and combine them with some scraps to make homemade lipsticks, eyeshadows, mascaras, etc, and also use them as seasonings to unlock new words for the chef's island. So you could pick up some cinnamon plants, and make "aromatic" meals or your own fragrances. Since we all know flowers are quite pleasant to smell we could also introduce a whole new fragrance industry and allow chemists or artists to create perfumes and sell them to people for money (and also allows for more things to do).

And let's not forget about wearable flowers. Like the OP originally said you should be able to put any kind of flower on your ear (left or right) to give your character an extra flair, and help you define their personality. To be honest everyone always talks about colored tattoos or making them look-able but that's not really going to help the game as much as letting flowers be worn. It would be great if you could sell them to certain shady figures in Red because flowers these days are so rare, especially in a dystopian world like Withmore, and they would be worth about five thousand chyen per flower or more. This will improve the economy as players have more means of automated income and become able to buy more gear.

We should make flowers not only be growable with a special flower growing kit (or a greenhouse like in Stardew Valley? We should make another thread to discuss this tbh), let's also introduce the concept of badlands scavenging, after all the badlands is a vast natural space, and it would give players more things to do if you can search flowers there using your forensic skills. So you could go out, seek some flowers, and bring them back to Withmore to be sold. Really nobody bothers to smuggle guns and explosives into the city but this could change the whole landscape and introduce a new dimension of roleplay opportunities outside of the city, a largely underutilized area of the game.

Collecting colors with flowers and making potions and special recipes seems a little cutesy? If you're gonna go this route, itd be nice to go Biopunk with it. Splice the heck out of stuff and make some really grotesque things and cause corporate warfare over patented designs and somesuch. Really just pervert nature and exploit it. More mad scientists and potential for disaster than pretty colors and nice food. Like the intro to windup girl (I havent gotten too far :/) or the dream flower stuff from Dreamfall.
By Pinklepop at Aug 15, 2019 1:16 PM

I love how you people have taken a single, tiny suggestion and fucking blown it into a proportion that was never meant too.

Congrats.Bravo. Many good trolls and applause all around.

But seriously, good hazing guys. This right here is the reason newbies don't like posting on the forums.

Cutting through all the sarcasm and satire...

On one hand, neat idea. Will give you that.

But where is the theme here? I agree with Reefer that we have underutilized plant systems but it begs the question of what purpose they'll serve if expanded upon.

I think I know exactly what instances he's talking about, in regards to them being CP... but will they be utilized that way? We already have a [REDACTED] popping up in the Mix. Do we need a florist too, when we already have the plants readily available for sale?

Even if you were to suggest them being in the league of fruit, a Viriisoma proprietary, again... to what end? Drugs? We have weed. Fruit? We have that too.

I just want to know why the game needs more fluff like this and what it'll achieve.

also inb4 "well we have makeup"

Rhea was in ooc chat talking about how she was "just trolling" with this post so that kinda opened the floodgates.
By Vera at Aug 15, 2019 1:48 PM

I said, I was half trolling, and I liked people's suggestions regardless, because they took my admittedly pretty dumb idea and added a bit of smart feel too it. Which made my heart feel a bit more human.

Also this has been lost to rewind because of Android's blogging.

Funny thread, but gardening can be CP.

So this is or isnt a real suggestion?

Here I thought we were honestly discussing bringing MLM essential oils to Withmore. 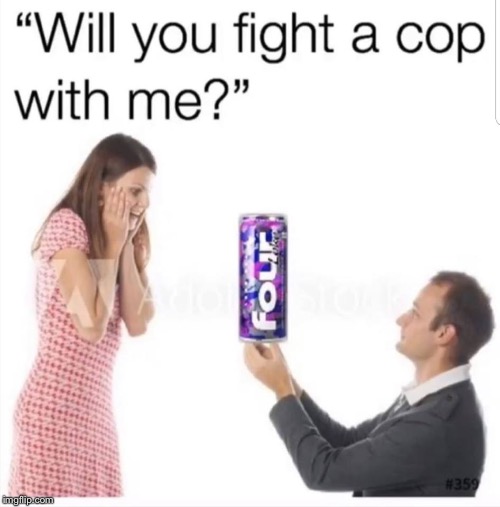 Can we use the flowers to craft these babies?

I once quit a game and never looked back because of picking herbs.