Login to post. Membership required.
Jump To
Newest Post
I saw something about ultrasonic knives...and they are really awesome, a blade that goes through thousands of microscopic vibrations every second. They are used in cutting about anything in industrial processes, and a more portable version was shown cutting things like a crusty load of bread like warm butter.

This seems like a really themely addition for high end combat knives. I feel the game lacks weapons that seem futuristic. A knife that needs a battery and can shed through armor like Play-Doh would be really awesome to imagine.

Yeah. That would pave the way for ultrasonic katanas and 'powered' weaponry. And we need non lethal firearms too I think.
By Warlord203 at May 12, 2019 8:45 AM

If we're going to go this route and add more 'armor shredding' weapons then might as well as do the same for firearms.
By Rangerkrauser at May 12, 2019 8:46 AM

If we're going to go this route and add more 'armor shredding' weapons then might as well as do the same for firearms.
By Rangerkrauser at May 12, 2019 8:46 AM

Should add ammo types too. Like hollow points and armor piercing. Besides more futuristic variations. It would give weapons techs something to do.
By Warlord203 at May 12, 2019 8:48 AM

Anyway, my issue would be balance if the above post didn't make it clear. I still think there are some weapon classes that are overpowered compared to some others and I think a little balance could be needed, but like I said, if we're going to add armor shredding shit to a class then the other classes will have to keep up too.
By Rangerkrauser at May 12, 2019 8:48 AM

When it comes to firearms we could have an entire thread on weapons advancements. I imagine synthetic casings with telescoping rounds. With stronger, lighter materials the explosive used could be more powerful, shortening the round....etc...
By Varolokkur at May 12, 2019 8:50 AM 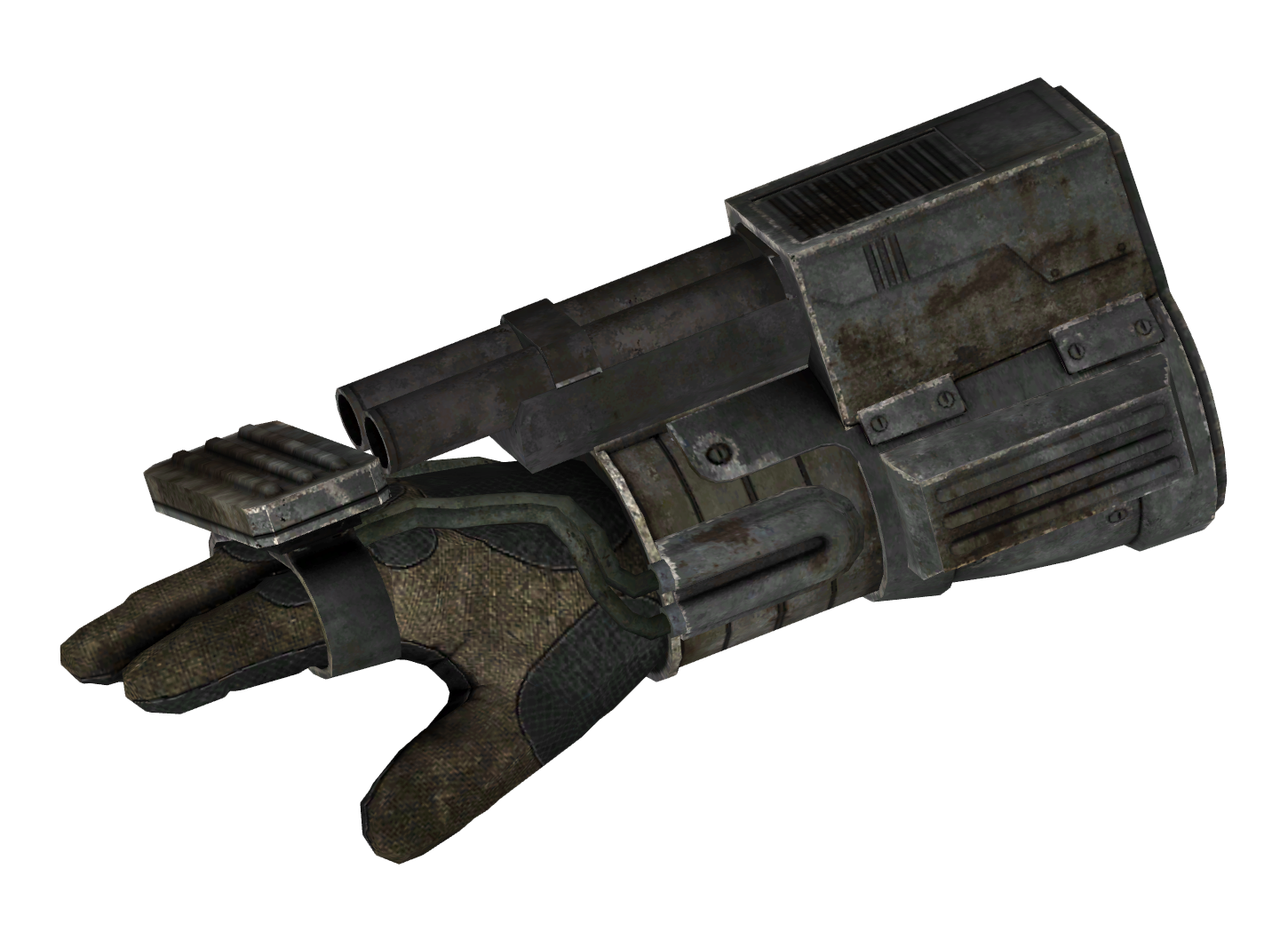 Just to clarify, there are weapons that do better against armor already in the game, the idea here is creating more futuristic weapons that add more utility. We see some of that, but I feel it could be pushed more, especially in theme.
By Varolokkur at May 12, 2019 8:59 AM

Rolling out a new weapon is a labor of love. Let me break down what goes into it:

1. All the combat messages. Each 'attack' has several messages. What you see, what the victim sees, what other people see. Each weapon has 5-10 attacks.

2. The balancing against other : each attack has modifiers, and a skill level requirement so it has to be balanced against the other attacks on the weapon.

4. The balancing against all other weapons: Where does this weapon stand in terms of damage and usability against other types of weapons? Is it now the best weapon in the game? What does it cost? How available should it be? Do we need to rebalance an entire class or classes of weapons? Have we created an escalation problem? Have we now disadvantaged everyone using a different weapon?

I think really cool weapons are awesome-- but one thing I've learned is that they can throw the entire game out of balance. My focus has been more on specific items that offer specific advantages that can be counteracted by other specific items.

Personally, I think these add more depth to the game without unbalancing the whole thing.

Don't take this as me shutting down this conversation, but more of an explanation of where my personal focus typically lies when it comes to adding new weapons to the game. I think of each of these things as a weapon in the toolkit of a prepared character, the same way a sword or a pistol would be.

Adding a mono-blade or an ultrasonic knife would be cool-- but how do we deal with the fact that it's not severing limbs on each attack? Or through someones skull when they are hit in the head resulting in an insta kill?

Most of you who've done combat for a while know it follows a pretty straight forward D&D style system of attacks doing some amount of damage, but we don't have 'insta kill' or automated coded limb loss currently.

We do have a gun that shoots darts that upon hitting someone reduces their stats, like a poison and I think stuff like that is pretty cool and more out of the box than simply escalating the damage that an existing or new weapon might due.

I'm also open to hearing how we might address some of the points raised in this post about more cyberpunk weaponry.

Say yes to powered weaponry just for flavor, no to it necessarily being a god-tier, armor-shredding super weapon. A little oomph compared to other blades, maybe some equivalents in other classes.
By Kiwi at May 12, 2019 9:21 AM

Bring back the needler. MSGA!

As someone who only made 2 firearms for the game, it is a labor of love man, slither is totally on point.

Futuristic weapons would be outstanding though. I often look at this ; http://cyberpunk.asia/index.php?lng=us and just imagine how much more themely it could be, but you work with what you got because what you got honestly isn’t bad and is all subjective to personal tastes.

I thought a cool way to introduce a new weapon into the game could be done icly by picky giving a corpie R&D character the format oocly, let the player spend their time on it, submit it to staff for oversight, then spend time field testing it in the game through monitored excursions by corpsec or hired solo’s for the explicit purpose of field testing to better tweak and balance. No matter how you cut it though you it’s a task that a lot of people need to be willing to undertake while you also have bigger undertakings being worked on.

I was thinking an armour piercing attachment to existing firearms that could be installed via ZMI kit, to help shooters keep up with late game armour. Without going too much into detail, I don't think the cost of certain guns is justified when it comes to their performance against this one specific type of armour.

Rather than add an entirely new weapon or have to create ammo types, this would likely be the least amount of work. Probably have drawbacks such as not being able to silence that weapon, or that weapon being less likely to make someone bleed, etcetera.

If anything, Slither, I'd like to see a rehash of existing items and combat messages to have a more cyberpunk flare to them. I know firearms in particular are hard to desc without saying it looks like X kind of box and Baka shoots Chummer a bunch, but I feel like opening the door to some creators to add some more punch and glitter to the feel of it would go a long way without too much effort on the back end.

In the same sense, armor could use revisiting with desc as things like the Protek dress are notoriously bland which means it sees little usage, and I know that it'd be easy to outsource with players jumping at the chance to make themselves look more badass.

Yeah, new weapons are definitely a time sink, although I love ideas like that needle gun, although I haven't had the chance to see one myself and would enjoy more exposure to these sorts of things.

As for updating theme, we have a lot of weapon that are very dated, like firearms from the 70s and 80s. I think the key is overwriting some descriptions and adding IC flavor that uses the things we have in the modern age that are clunky and new, but reimagined as something made practical.

The ultrasonic knife is an example of this, currently it's a huge industrial machine or needs a cord, but in 2104 it could be a compact combat weapon.

Maybe a forum topic where we could submit weapons descriptions to replace some of the less themely examples might be nice, or some way of presenting extended lore for feedback would be nice.

Thanks for the explanation Slither! Reading through the process that weapon development involves was actually really interesting and I'd love to hear more about the decision and design processes that go into making Sindome Sindome if you ever have time to maybe do a podcast on it or such.

Whilst weapons development is being discussed though I'd like to take the time to ask about where Heavy Weaponry is in the development stages? My understanding at the moment is that once upon a time it was available in game but was taken out for rebalancing (hence the skill still exists to invest UE in). How far along is it in development now and what factors are affecting its re-implementation? Only asking out of sheer curiosity so please don't feel too pressured to answer and let me know if there needs to be a separate thread for that one.

I don't actually think the game needs more weapons. But I would love it if the weapons we had were more futuristic. I would rather see our existing gear re-skinned with more cyberpunk descriptors than to see us add more weapons. If we decide that it would be cool to have a vibro-knife, then reskin out current top-tier knife. Of course, this is still a lot of work. I get that. :)
By Grey0 at May 13, 2019 2:28 AM